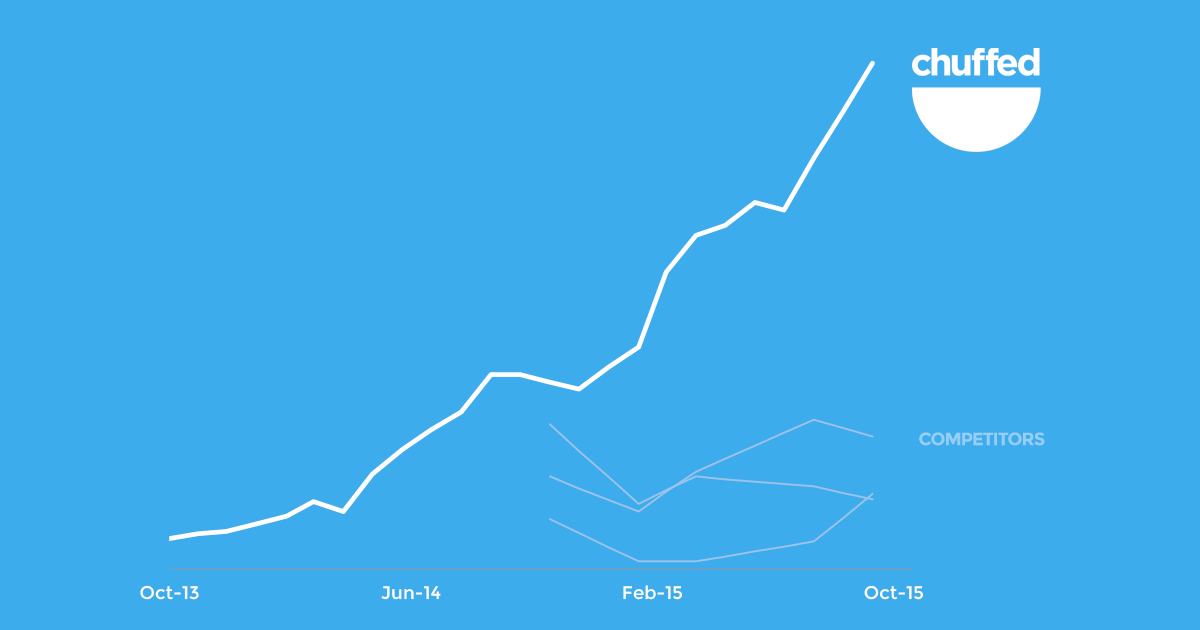 Today, we’re so happy – chuffed, one might say – to announce that we’ve just closed a $1.1M seed investment round in Chuffed.org led by Blackbird Ventures, Bevan Clark (RetailMeNot, LIFX) and the Telstra Foundation. As part of the round, Blackbird and Startmate co-Founder Niki Scevak will be joining the Chuffed.org Board.

Where it all started

I first met Niki back in late 2014. Susan Wu from Stripe had introduced us and somehow between the two of them, they decided to put me on stage at a Startmate/Stripe event. The line up included John Collison (who was running a billion dollar startup), Jake Lawton (co-Founder of LIFX that had just raised $12M from Sequoia), Y-Combinator alumna, Lauren McLeod… and me. If you want to know what Imposter Syndrome feels like, that’s the line up for it. At the time, I had no idea why I was up there, and no idea why they were being so nice to me. I’d only later realise that that was just the type of people they were.

Over the next year, I went back to Niki several times for advice. Each time, I walked away buzzing with thoughts that I wanted to share with the team – that I knew would make our product better. I remember saying to Liv that if we could just find a way of bringing the collective brain of Blackbird into the organisation, it could really take us to the next level.

So when we first pitched to Blackbird, and they said no, it was pretty devastating. The next 85 pitch decks, and the next dozen or so no’s we got from various VCs and Impact Investors didn’t really do much for our collective self-esteem either (aside: thanks partners for putting up with us through this).

In a strange way though, we were probably lucky. Had any of those other funds said yes, the emotional toll that fundraising takes, could’ve just pushed us to take money that we knew in our heart of hearts wasn’t the right money to take.

By the second Blackbird pitch, our international business had boomed, our unit economics were looking healthy and well, we had a slightly better clue what a pitch was. Oh, and this happened:

Of course, money isn’t just money. It isn’t neutral. It changes an organisation. And to be honest, we were worried about how taking commercial money might change Chuffed.org. How it might corrupt our social mission.

Truth be told, it has changed us. But not at all in the way that I was worried about.

This is where we’re starting.

In short, the investment lets us play a much bigger role than just a transactional platform. It lets us help more non-profits transform the way that they do fundraising. It lets us help more donors engage, understand and act on the issues they care about. Simply, it lets us get a huge step down the path of delivering on our mission.

Thank you for helping us get this far. We can’t wait to build something with you that’s even better.

A couple of notes

While this round is exciting for us, we’re also excited for what this means for the social enterprise sector. As far as we can tell, this is the first time that a major Australian tech venture capital firm has invested into a social enterprise. We’re hoping that this is a sign of things to come, rather than an anomaly. If we can open up the four (yes, 4) $200M tech VC funds in Australia (and the many more commercial angel, VC and non-tech funds in Australia and around the world) to investing in enterprises that make the world a better place, we could radically transform outcomes for so many people. If you think that’s a pipe dream, you should check out Collabfund and Social Capital.

Also, we’ll always reserve a special place in our hearts for our friends at the Telstra Foundation, who backed us when we weren’t much more than a Powerpoint presentation. They’ve led the way in how corporate philanthropy should support the social enterprise sector – derisk early stage social enterprises using philanthropic grants with the view of growing them to a stage where external investors would invest in them. Unlike so many Foundations that do crazy things like only support social enterprises with DGR/tax-deductibility status, or use social enterprises as mentoring opportunities for their middle managers, Telstra have unrelentingly acted in our best interests. They’ve continued to back us, and others, regardless of our legal structure, they’ve always taken the attitude of being there to serve us – not assess us, and they’ve been willing to give us feedback when we didn’t realise we needed it. I think in time, the rest of corporate philanthropy will follow the lead that Jackie and Nat at Telstra have set. 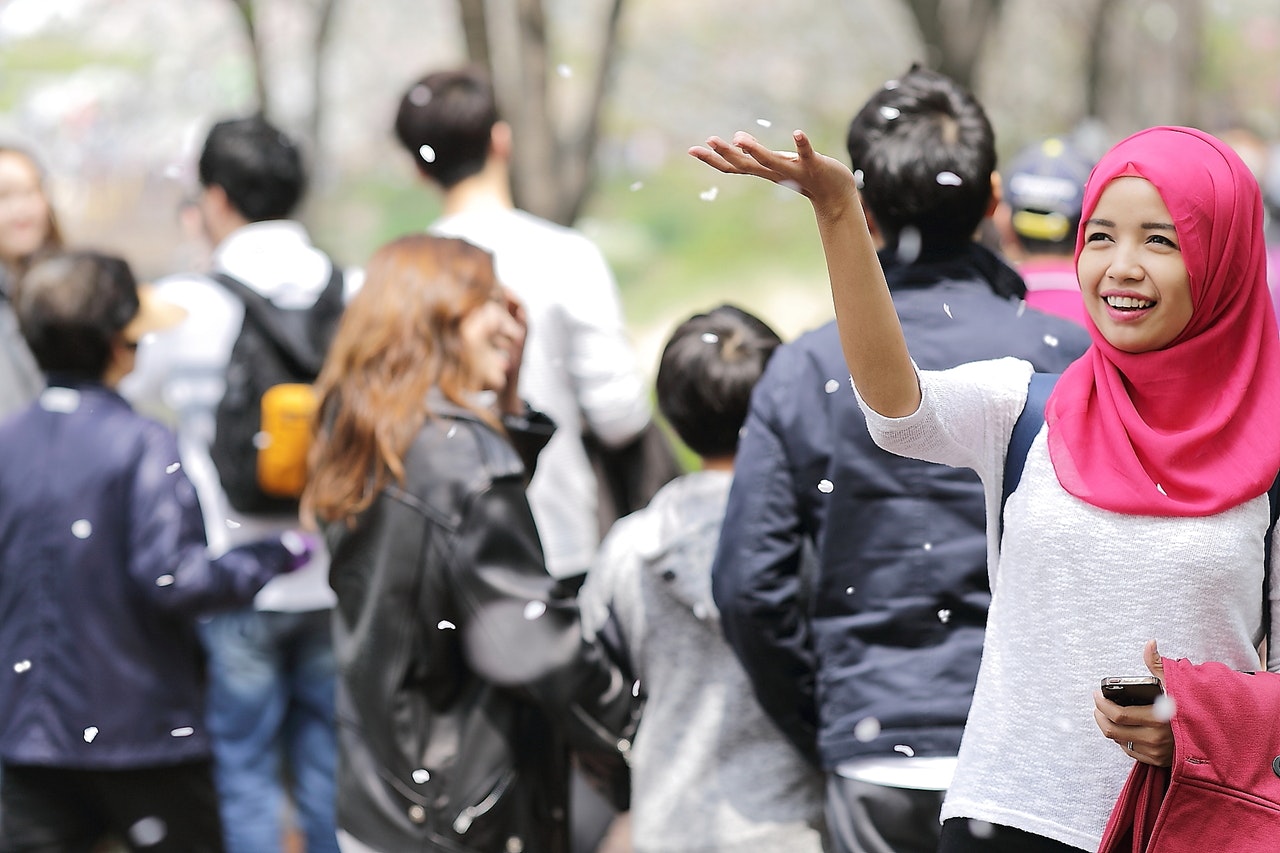 A definition, introduction and 101 for not-for-profits and charities

The traditional definition of crowdfunding goes something like this:

While there are a lot of flavours of crowdfunding the most important components are:

The problem with this definition is that it’s misleading and makes people think that to access the crowd of funders out there, you just need to put your project online and do no work. That’s why we came up with a better definition. One that reflects how you get to the crowdin crowdfunding.

Crowdfunding (verb): A marketing campaign targeted at people who love you… which if you do well, spreads from your friends to their friends and from them to the crowd

We like this definition of crowdfunding better, because it emphasises:

So if I’m marketing to people I already know, how is this different to emailing my list a link to my website?

While it might not be immediately obvious, how you run a direct email campaign and the experience donors get is totally different to a crowdfunding campaign. Here’s three differences:

Ok, got it. So where does crowdfunding fit into the charity fundraising landscape?

So roughly speaking, you can split charity fundraising into two buckets:

Crowdfunding belongs squarely in the ‘General Public Fundraising’ bucket and in a non-profit, it’s usually led by the same person/people who looks after other public fundraising campaigns.

While crowdfunding is heavily project focused, increasingly smart non-profits have found ways to running regular crowdfunding campaigns to fund their ongoing operational costs – but that’s a whole other post. 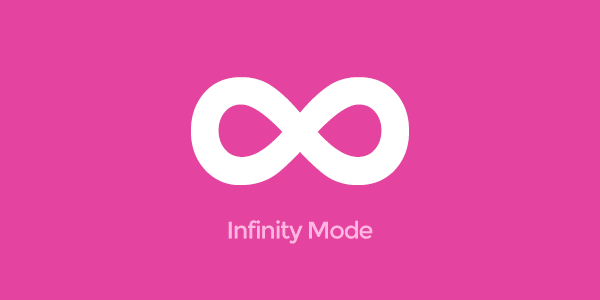 The basics: Infinity Mode is a new type of campaign at Chuffed.org for all of you that have awesome campaigns that don’t fit into the traditional <90 day crowdfunding format. It lets you keep on fundraising past the 90 day limit, collecting money as it comes in.

The rest is up to you! When you’re ready to finish, just log in and switch off Infinity Mode and you’re done.