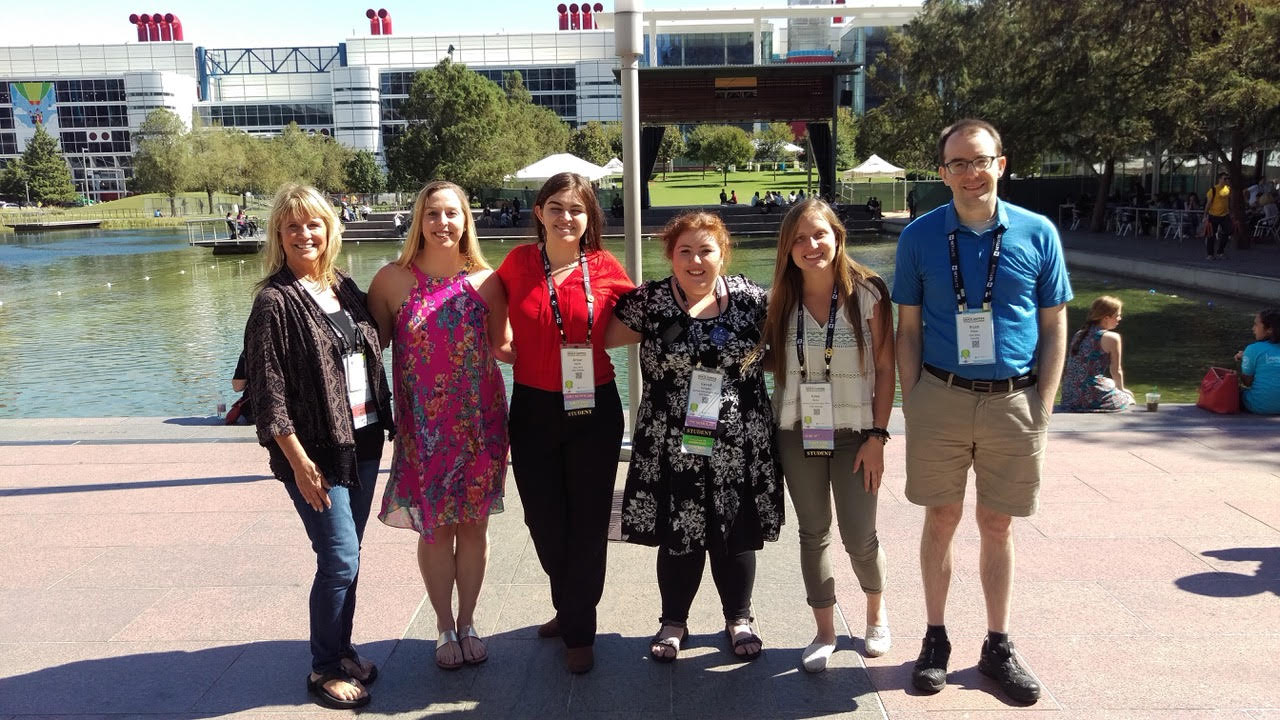 “I started as an assistant professor of computer science at California State University, Chico in 2013 and immediately became involved with the Association of Computing Machinery club, which I took over being the advisor of in 2014. It was in the past 2 years that I recognised that even though our department at the time was 50% female faculty we were still not doing enough to support our female students. This was made very apparent when one of the students I was the academic advisor for told me they were changing majors as they felt isolated as a female student and that their male classmates were acting condescendingly towards them. It is immediately following this that I engaged a number of our upper class female students and the officers of the ACM Student Chapter to begin efforts as part of the chapter to better support female and underrepresented students in our major be successful and not feel so isolated.

We had one of our Industry Advisory Board members recommend we start sending our senior women students to the Grace Hopper Celebration, which we were lucky enough to do last year with scholarships. I even got to attend with the students last year and getting to see first hand the impact it had on them was outstanding. They showed more confidence and were inspired that they were not alone and could succeed in industry. They also got to network and meet numerous other outstanding women in technology at the conference. Seeing the excitement of the students we are trying to send this year after they heard first hand from the previous students and seeing the impact it had on our students last year first hand has pushed me to have our ACM Student Chapter work to find funding to send students this year now that none of our students got scholarships.”

Head to their campaign page to learn more!