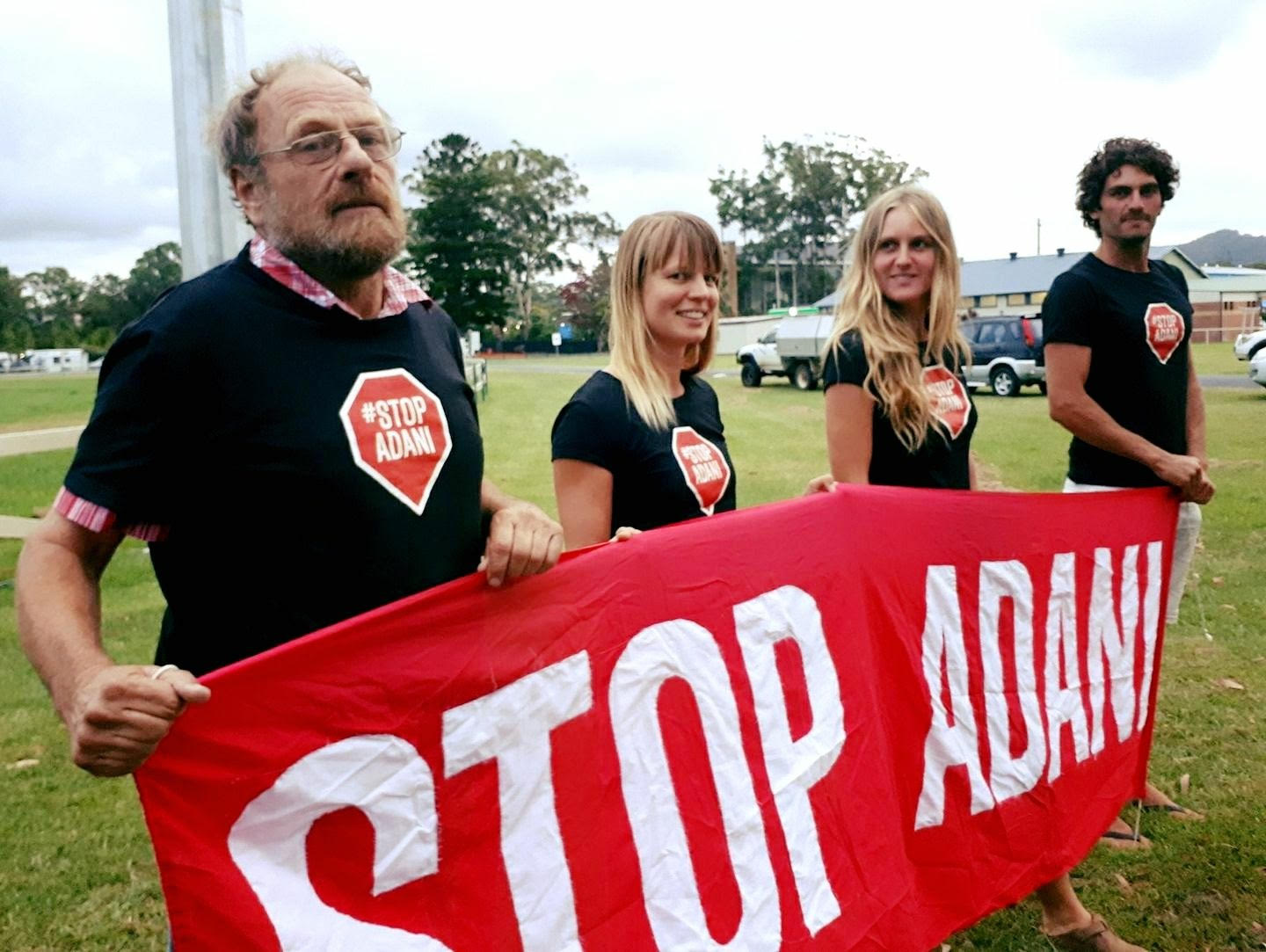 “My name is Ella and I got involved with the Coffs Climate Action Group late last year because I was sick of talking and feeling saddened by the exploitation of the natural world by big corporations and mining companies and wanted to take action to stop it and raise awareness.

Not long after joining we road tripped up north to Bowen Queensland to the Front Line Action on Coal and me and 4 others, John, Liisa and Danny  locked ourselves to coal conveyor belt at the Adani owned  Abbot Point Coal Port to bring attention to the proposed mega mine and how devastating it will be to farmers and to indigenous people of the area who’s sacred lands will be destroyed. Also to spread awareness on the urgency of climate change and the affects burning fossil fuels is having on our climate. This non violent action was followed by an arrest and court case were we proceeded to get fines of $8000 each, a collective of $80000 for all 10 who locked on.

These are some of the biggest fines ever given to protesters in Australia and in comparison to the a fine of $12000 which was challenged in court, the given to multi millionaire Adani for polluting a nearby wetland, it’s obvious to see the corruption and injustice. Although the fines were huge, the importance of this issue and our shared responsibility to be caretakers of our only planet is much greater and taking action was very empowering.

Feeling more inspired than ever to make change!”
Ella Skerrett

To learn more about the Coffs Crew Legal Fundraiser to Stop the Adani port action, check out Ella’s crowdfunding campaign page below: