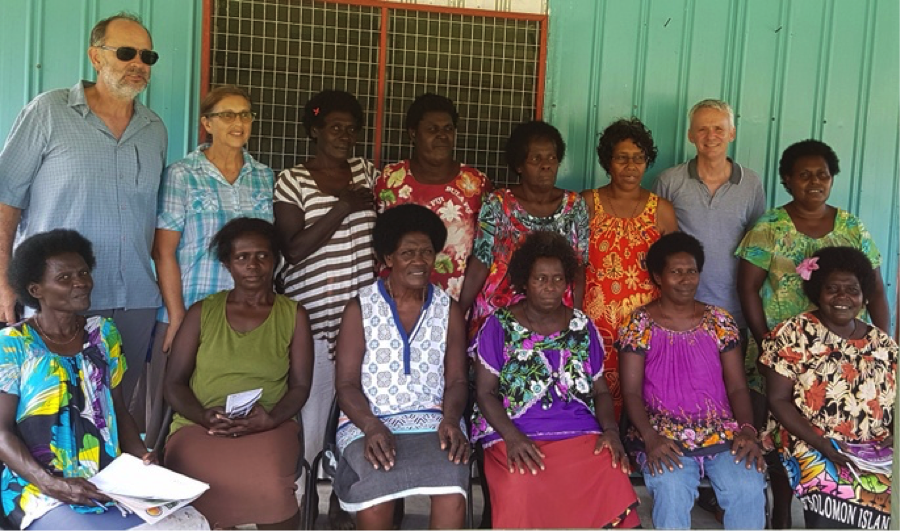 “Partners in International Collaborative Community Aid (PiCCA) is a small Australian not-for-profit in partnership with a collective of amazing, resourceful and resilient women in Bougainville called the Hako Women’s collective.

Together, we have launched a crowdfunding campaign on Chuffed.org to raise funds to build a Community Care Centre which will serve the population of about 60,000 people who live in and between the six villages in the Hako region on the northern tip of Buka Island, Bougainville, Papua New Guinea. The centre will be called ‘Luman Hipakoko’, or ’ Place to Find Help’, and will be used to run a women’s refuge and to deliver a series of education, health, parenting, disability and human rights programs and activities, among others.

The Hako Women’s Collective has been operating for over 10 years from a very small building without toilet facilities. The new centre will include a large meeting space, a toilet, bathroom, kitchen, and also canteen, so they can start a catering business to help fund ongoing costs. It will also house a “Meri Safe Haus” for women and children escaping domestic violence. Bougainville is a beautiful island and the people of Bougainville are warm and generous. The community is still however grappling with enormous issues including the trauma of the recent war, interrupted education pathways, poverty and violence.

The women in the Hako Women’s Collective are taking all this in hand and working very hard to build a stronger, healthier, safer community and to enhance life opportunities for the next generation. PiCCA have already contributed $23,000 to help them build the Community Care Centre but they still need another $26,000 to get the job done and so we are turning to the idea of crowd funding.

All donations over $2 are tax deductible in Australia and all monies received by PiCCA go to the project (the work of the PiCCA team is all pro bono and we do not deduct administration costs as we believe that donors money should be spent where it is intended to be spent: in and by the community it is designed to assist).

For more on this awesome project, head to the PiCCA crowdfunding campaign page: